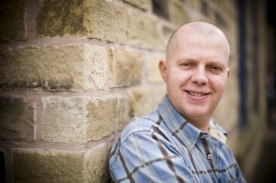 Text by Sarah Brown based on Paul Thomas’ article: Changing Experiences of responsibilisation and contestation within counter-terrorism policies: the British Prevent experience

Britain’s Prevent Strategy was arguably the first post 9/11 attempt to operationalise ‘soft’, preventative counter-terrorism policies and it has been since significantly studied and copied by other states. Such preventative counter-terrorism policies adopted internationally have proved to be controversial, as fierce criticisms of Britain’s Prevent strategy have shown.

In some cases, subsequent modifications have attempted to address these criticisms but the negative public understanding of Prevent has stuck, based on those original criticisms.

However, latest research published by Paul Thomas in Policy & Politics, Professor of Youth and Policy at the University of Huddersfield, shows that such criticisms failed to grasp the significant adaptation and resulting positive outcomes of Prevent over the course of its implementation which have largely been ignored in media reporting.

In particular, there has been a shift away from responsibility to prevent terrorism being placed on British Muslim communities, instead placing it with front-line public servants. Thomas explains how people at ground-level modify policies as they implement, so developing policy that looks significantly different than national debate would lead us to believe. For example, he cites recent research showing that education staff in schools and colleges are more positive about Prevent than expected and describes how their ongoing modifications of it are securing more positive outcomes.

In summary, while acknowledging that Prevent is ‘complexly ‘flawed’, Thomas casts new light on the positive contribution it has made which has gone unreported previously.

Paul Thomas is a Professor of Youth and Policy and Director of Research for the School of Education and Professional Development at the University of Huddersfield.

If you enjoyed this blog post, you may also be interested in reading Ethnic residential segregation stability in England, 1991–2001 by Katherine Farley and Tim Blackman