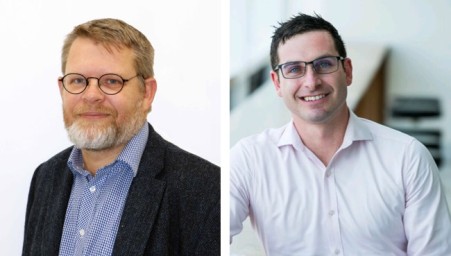 Policy-makers sometimes find themselves in desperate predicaments when attempting to become policy winners – especially when they have previously sustained resounding losses on a given issue. In such situations, rhetorical efforts may have failed to persuade audiences and, yet, the status quo position may also be untenable. In our recent Policy & Politics article on ‘Framing unpopular policies and creating winners – the role of heresthetics’ (free to access until 30 June), we show how policy-makers in these kinds of desperate predicaments can still win, somewhat against the odds, by employing the art of political manipulation (the term for this is ‘heresthetic’, coined by the late William H. Riker). Specifically, we draw attention to the ‘dimension’ heresthetic – arguing that by changing the way an unpopular policy is framed, one can tap into latent attitudes conducive to one’s cause and thus structure the world so that one can win. We call practitioners of this art of heresthetic ‘herestheticians’.

The reason why heresthetic might prove successful where rhetoric has previously failed is that the two approaches place fundamentally different demands on a person’s psyche. Rhetoric seeks to persuade target audiences to change their position on a certain dimension (a discrete way of thinking about a problem), and thus implicitly requires them to admit that they have previously been wrong in their opinion. Heresthetic, by contrast, takes existing opinions on dimensions to be fixed, and – in the case of dimension heresthetic – simply asks target audiences to view a matter through a dimension that is more conducive to the heresthetician’s cause.

Put simply, rhetoric asks me to admit that I have previously erred, but dimension heresthetic affirms that I am right (which, of course, I always am) along a dimension that suits the heresthetician’s objective. As such, heresthetic is likely to be a much more cost effective way for politicians to win adherents over to their cause.

In our article we present a working model which can be used to guide decision-making in an environment characterised by uncertainty and complexity.

In order to develop the model, we first extend the heresthetic literature through the introduction of the economic concept of opportunity cost. Opportunity cost is a common way that economists model choice behaviour with respect to finite resources. It essentially measures not only the explicit costs of a choice, but also the costs of possible opportunities that are not realised. It draws our attention to the fact that all choices involve some cost – even the choice to not make a choice – and is thus of critical importance to the calculus of prospective herestheticians. We then use the concept of opportunity cost, and educational psychology research, to argue against the presumption in the literature that herestheticians can constantly probe for successful manoeuvres without incurring costs. Each time a probe is made, the heresthetician must give up the opportunity to make an alternate probe, or to pursue a win in a different public policy area: opportunity cost occurs with each probe because media time, public attention and the politician’s own time are finite resources.

In this regard, we point out that not all heresthetic dimensions are of equal merit – in particular, some dimensions may constrain the feasible set of options available to a political opposition (which means that this inhibits the opposition’s capacity for heresthetical and rhetorical reprisals), while other dimensions can be complementary in nature (and can add adherents to the heresthetician’s cause without providing reasons for existing adherents to reconsider their position).

Similarly, not all heresthetic delivery methods are created equal. Riker presents an analytic narrative to demonstrate how an ‘independent’ ‘friend’ (an ostensibly arms-length agent who might be catapulted into the political scene on one’s side) will often prove to be a more successful means through which to deliver a heresthetic probe – largely because audiences might be more inclined to trust someone who appears to be independent. By recourse to the blame game literature, we present an argument that the ‘expert friend’ is superior to the merely independent friend, and moreover, that the ‘expert independent friend’ of one’s opponents (if available) is an even more desirable means through which to deliver a heresthetic probe.

Our model also emphasises the importance of fixing the number of dimensions able to be employed in a debate to limit the options for opposition heresthetics. One way of fixing the number of dimensions is to ‘ring-up’ the heresthetic sale, by executing the public policy reform as quickly as possible in a fashion that makes it relatively difficult for another to reverse – through legislation, passing and spending budgets or changing institutional structures. As we note in our paper, it is all well and good to have a successful schmooze (and thus structure the world in such a way that one can win), but it is an entirely different matter to ring-up the sale (and hence actually realise the win). The latter point, while somewhat intuitive seems to be neglected by the literature, and we explain why a quick closing of the sale is incredibly important.

These various innovations and extensions to the literature provide the theoretical foundation for our model which essentially depicts an ‘algorithm’ for examining decision making in real public policy environments.

To demonstrate the utility of our model, we test our working model against a real-world case of a surprising political win – the introduction of education funding reforms in Australia. For many years the incumbent Liberal-National conservative government had been on the losing end of education funding debates (having argued for effective cuts to funding) and an extremely narrow re-election in 2016 made it clear that continued losses in this policy space were no longer tenable. It therefore came as something of a surprise when the Liberal-National government sought, yet again, to introduce effective funding cuts in 2017 – however, this time the policy reform was re-framed in terms of ‘fairness’, with very different outcomes.

Specifically, the Liberal-National coalition argued that fairness would be advanced by imposing ‘fair cuts’ and ‘negative growth in funding’ for privileged, elite schools – thus attempting to restructure the school funding issue as a matter of equity, rather than a matter of dollars. This framing seems to have resonated with audiences by tapping into a latent, existing voter preference for pragmatic egalitarianism. Notably, the win came through more than a simple twist to rhetoric – it represented a fundamentally different way of conceiving the education funding debate. Rather than ‘budget emergencies’ and exhortations regarding the need to ‘live within our means’, voters were instead asked to consider changes to promote ‘fairer’ education funding.

In summary, heresthetic is an important art for all political actors to master because proficiency adds a new string to one’s bow. This article, and the working model it proposes, better equip public policy makers to structure their world so that they can win and encourages herestheticians to ensure that they actually convert the potential win into a realised win which is resistant to sequent reversal. The paper also provides new tools for public policy analysts to form and test hypotheses – especially, in terms of the relative costs of certain choices – and is therefore an important contribution to the heresthetic research agenda. In sum, our paper demonstrates that well over three decades after William H. Riker’s seminal work there is still much more to be done to bring his insights to their full potential.

Working-class discourses of politics, policy and health: ‘I don’t smoke; I don’t drink. The only thing wrong with me is my health’