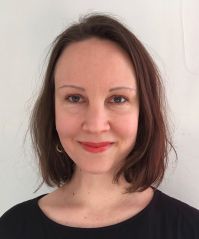 There is a pressing need for policies that will help to overcome some of the intractable social and economic problems of our time, such as increasing economic inequality, growing insecurity and labour market polarisation, and, most importantly, the climate change crisis. Both academics and policymakers will need to learn to think ‘outside the box’ to explore new ideas and solutions.

An idea that has been gaining increasing interest across the globe is universal basic income. Basic income, in brief, is an income paid to all members of a political community at regular intervals with no conditions attached.

Though the governments of some countries, such as Finland and Canada, have recently carried out experiments with basic income, the idea has never been taken seriously enough to be implemented. The opposition to basic income has always been stronger than the support for it. A common reason for the opposition is that the proposal of unconditional cash seemingly runs counter to normative assumptions in our current societies concerning ‘deservingness’ and reciprocity. To portray basic income as a legitimate policy, the proponents would need to frame it in a way that makes it normatively acceptable to the public and policymakers.

In my recent article Legitimising a radical policy idea: framing basic income as a boost to labour market activity published in Policy and Politics, I examine a framing strategy that helped its proponents  to persuade the Finnish parliament to give it serious consideration. This strategy which we term ‘value amplification’ involved idealising the value of activity and depicting basic income as a policy that would help celebrate this important value. The proponents constantly emphasised the alleged positive effects of basic income on work incentives and depicted welfare recipients as active citizens – willing to work, but repressed by being trapped in the benefit system. With the help of basic income, the proponents argued, welfare recipients could lift themselves out of poverty by their own active effort and become – at least to some extent – independent and active contributors to society.

The article shows that framing may provide a powerful tool for policy entrepreneurs and parties with less political power to advance a radical policy idea and build a coalition of support. In our case study, the medium-sized Green Party frequently used the value amplification strategy to legitimise the principles of basic income, at a time when other parties were silent about it. This framing was subsequently adopted by other parties (especially the Centre Party) who expressed support for basic income once the tide started to turn in support of implementing the policy.

During the debates, the notion of ’activity’ was accepted as a sacred virtue not questioned by anyone, and the increased activity among welfare recipients appeared as a self-evident goal for social policy reform. Apart from having the effect of associating basic income with a positive value, this framing depicted it as aligned with mainstream economic rationales – where ‘activation’ has been a key idea guiding all social policy reforms from the mid-1990s onwards. In addition, the framing also tackled the most common oppositional arguments about the potential ‘free-riding’ effects of receiving basic income.

In Finland, a small-scale national basic income trial was carried out by the centre-right coalition government from January 2017 to December 2018. The main aim of the experiment was to find out the effects of basic income on the incentive to work among the unemployed. It is likely that the framing that portrayed basic income as compatible with the mainstream economic rationales and moral values concerning work and activity increased the legitimacy and appeal of the policy to the policymakers. However, this framing also narrowed the perspective of the basic income debate to economic incentives and made the policy appear as a rather technical solution to incentive problems. The preliminary findings of the experiment showed no effects on labour market activity, so the proponents of basic income may need to find a new framework that resonates more powerfully. Currently the prospects for a comprehensive implementation of basic income do not seem very optimistic, but the idea is still being considered by the parliamentary reform committee that was recently set up to design a model of welfare reform over the next two electoral terms.

Resistance or resignation to welfare reform? The activist politics for and against social citizenship

The effects of welfare state universalism on migrant integration