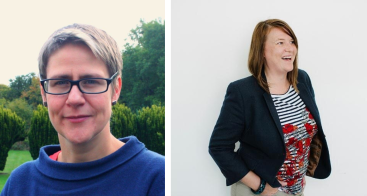 This scheme, which has been piloted in several localities in the last three years, constitutes a major new investment in disability services in Australia. We have been undertaking research and writing on the implementation of NDIS and comparing it to our earlier research on personalisation and a critique of individual budgets and personalisation in English social care services.

Australia had to some extent been an international laggard in disability support. An OECD study in 2009 found that Australia was one of the worst performers of the 27 nations in terms of quality of life for people with disability. The promise of $22 billion of investment in disability services – funded in part by an increase in the Medicare levy (a tax paid by Australian residents for access to the public health system, currently approximately 2% of taxable income) – constituted a radical shift in the political profile and commitment to disability support.

At a casual glance, the Australian reforms look similar to the personalisation reforms being undertaken in England, where people with disabilities have had access to individualised funding for several decades. Key policy enterpreneurs from both countries – Simon Duffy from the UK and Bruce Bonyhady from Australia – are known to have spent time looking at system design on the other side of the world. Even some of the language is the same as these images show:

Australians celebrate the national roll-out of the NDIS

In England, Think Local, Act Personal launched the Making it Real campaign to focus attention on implemention of personalised approaches.

However the underlying principles of the two systems are quite different. Australia’s approach is modelled not on England’s personal budgets but on existing no-fault motor insurance and workplace compensation schemes in Australia and New Zealand. Given the insurance focus there is a strong role for actuaries in the design and implementation of NDIS, and optimism that the scheme will save money through early investment and risk management. Heroic assumptions have been made about potential cost savings, as Baker notes,

The [Productivity] Commission also listed potential efficiency gains – for example, every 1 per cent increase in productivity in the disability sector could lower the scheme’s costs by $130 million.

In contrast, personal budgets in England were not designed to save money over a person’s lifetime. Any savings were seen as likely to come from a better match between what people needed and what they got – addressing the costs of what Seddon calls ‘failure demand’ – and there has more recently been an acceptance that the broader personalisation agenda is unlikely to save money at all.

Despite the difference of design, early implementation in Australia so far looks to be surfacing similar issues to those that have been evident in England. Two in particular stand out:

So despite being very differently designed schemes, with different underpinning rationales, the move to individualised funding in Australia looks set to struggle with the same implementation challenges that England has been working on for the last two decades.

If you enjoyed this blog post, you may also be interested to read Making the case for the welfare state by  Peter Taylor-Gooby