The winning papers are available to read for free until 15 June 2017.

The Bleddyn Davies Early Career Prize has been awarded to Zachary Morris, University of California Berkeley, USA, for: 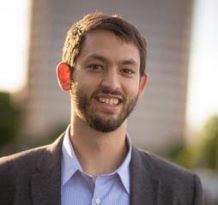 Constructing the need for retrenchment: disability benefits in the United States and Great Britain [Free to access until 15 June 2017]

In this excellent paper, Zachary Morris seeks to address an important and politically timely question – Why are some welfare state programmes more susceptible to retrenchment than others? The paper examines why the major disability benefit programme in the United States has proved resistant to austerity measures while the comparable disability programme in Great Britain has been repeatedly scaled back. This engaging comparative analysis reveals that both structural differences matter greatly, as does the way that policy ideas are communicated to the public. In Britain, the portrayal of beneficiaries as underserving proved critical for constructing the need for retrenchment.

This paper is a worthy winner of the 2016 Bleddyn Davies Early Career Prize for the following reasons. First, the focus of the paper is highly relevant to policy both in academic and political circles. Questions about how policy makers seek to manage and reframe policy in the context of austerity continue with zeal. Second, the paper is underpinned by a robust comparative methodology that provides a valuable opportunity for international critique and reflection. Like all articles in Policy & Politics the paper has a strong theoretical underpinning, drawing on institutionalist and ideational accounts to explore the framing of disability policy in Britain and the United States. As a consequence, its findings are of interest and relevance to scholars beyond the case of disability itself. This is an excellent article from a worthy winner of this year’s early career prize.

The Ken Young Best Paper Prize has been awarded to Jo Ingold, University of Leeds, UK, and Mark Monaghan, Loughborough University, UK, for:

In this impressive paper, Jo Ingold and Mark Monaghan combine the evidence-based policy making and ‘policy as translation’ literatures to illuminate the process by which evidence from home or overseas contexts is incorporated into policy. A conceptual model of ‘evidence translation’ is introduced, comprising five key dimensions which influence how evidence is used in policy: the perceived policy problem, agenda-setting, filtration processes, the policy apparatus and the role of translators. The paper highlights the critical role of ‘evidence translators’ throughout the process.

This paper stands out as being a worthy winner of the 2016 Ken Young Best Paper Prize as it draws on a rare ‘insider’ account of how policy makers at the heart of UK government utilize and translate evidence from domestic and international sources. It makes a unique contribution to the field by bringing together the often overlooked need to combine our understanding of evidence- based policy with the art of translation. While the case study is UK specific, the literature and analysis is positioned within international academic debates on evidence translation. Policy & Politics seeks to publish work that combines both scientific excellence with the principle of ‘engaged scholarship’. This article is a great example of that. It makes a clear contribution to the academic debate, while also providing insights and lessons of practical value to policy makers and practitioners.

Congratulations to Zachary Morris, Jo Ingold and Mark Monaghan for these well-deserved awards.

Their articles will be available to read for FREE until 15 June 2017:

Morris, Z (2016) Constructing the need for retrenchment: disability benefits in the United States and Great Britain, Policy & Politics, vol.44, no.4, 609-26.