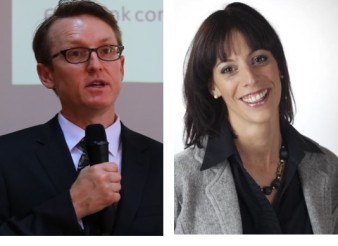 There are many ways that people relate to their government.  People may vote for their formal representatives through elections.  Through referendums and initiatives, people can vote directly to shape public policy.  More indirect ways include through informal representation via political parties or interest groups and associations.

This blog addresses another extremely important way to relate government via “advocacy coalitions.”Advocacy coalitions are alliances of people around a shared policy goal. People associated with the same advocacy coalition have similar ideologies and worldviews and wish to change a given policy (concerning health, environmental, or many other issues) in the same direction.

Advocacy coalitions can include anyone regularly seeking to influence a public policy, such as elected and government officials, members of political parties or interest groups, scientists, journalists, or members of trade unions and non-for-profit/ ‘third sector’ organizations.

The coalition is an informal network of allies that usually operate against an opposing coalition consisting of people who advocate for different policy directions.  As one coalition tries to outmanoeuvre the other, the result is a game of political one-upmanship of making and unmaking public policies that can last years to decades.

How to become involved in an advocacy coalition

People engage in politics differently based on a range of factors, including how important the issue is to them, their available time, skills, and resources, and general motivations.

How do coalitions form and maintain themselves?

Underlying the coalition concept is an assumption that people are most responsive to threats to what they care about. Coalitions form because of these threats that might come from a rival’s proposed policy solutions, a particular characterization of problems, and from major events (e.g. a disaster). Motivated by fundamental values, the chronic presence of threats from opponents is another reason that coalitions persist. People remain mobilized because they know that, if they disengage, people with whom they disagree may influence societal outcomes.

How to identify an advocacy coalition?

There is no single way to identify a coalition, but here are four strategies to try.

These four strategies emphasize formal competences and informal relations, and the motivations that actors might have to participate in an issue.

This blog is more about how to think about relations between people and government and less about identifying concrete strategies for influencing government. Political strategies are not applicable all the time and vary in their degree of success and failure based on a gamut of factors.

The best we can do is to offer ways of thinking about political engagement, such as through the ideas that are summarized here and then trust people to assess their current situation, and act in effective ways.

View the special issue full table of contents here. The whole issue is free to access until 31 May.