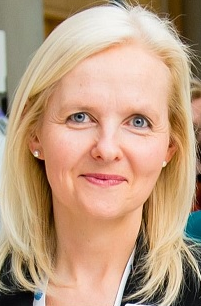 New virtual issues from Policy & Politics:
Evidence in policymaking and the role of experts

The importance of using evidence in policymaking and debates over the role of experts has never been more crucial than during the current coronavirus pandemic and ensuing public health crisis. From prevailing, long-standing debates over both topics in Policy & Politics, we bring you a collection of our best and most recent articles.

Firstly, Rethinking the role of experts and expertise in behavioural public policy by Peter John and Gerry Stoker who argue that, from virtually nowhere, behaviour change policy interventions – commonly referred to as ‘nudge’ – have become an established practice of governments across the globe. However, there are many cynics who are sceptical of nudge, predominantly because it emerged from experts in welfare policy and economics who argued that the public needs to be ‘helped’ to act in its own best interests. Offering a comprehensive reorientation of the concept, they move well beyond its narrow assumption that citizen’s intuitive reasoning is flawed and expert advice is always preferable. Instead, they call for experts to get alongside citizens and see them not as cognitive misers but as potential investors in a shared dynamic of change.

In our second article on the Expertise of politicians and their role in epistemic communities, the authors, Anne Skevik Grødem and Jon M Hippe ask whether it matters or not if politicians know what they are doing? Through an analysis of pension reform in Norway, they examine the interplay between technical expertise and political know-how in politicians, arguing that when politicians possess both, it can be extremely valuable in driving through reform policies. They demonstrate how a politician who has can act as both “an expert” and as “a politician” is most likely to be effective in realising their policy objectives.

In our third article: Is it time to give up on evidence-based policy?, author Richard French provides a state-of-the-art systematic review of the evidence-based policy (EBP) literature, categorising its different schools of thought. In conclusion he argues that, in order to survive, future EBP research needs to take more account of the complexity and specificities of the task environment in which it operates, rather than making generalised assumptions about the analytical rationality of decision making in policy environments.

In our fourth article on Can experience be evidence? Craft knowledge and evidence-based policing Jenny Fleming and Rod Rhodes explore the use of evidence in the form of varieties of knowledge used in police decision making. Acknowledging EBP as the dominant policy-making paradigm in the UK, they discuss its limitations and, as a variant, propose a model that includes four types of experience, drawing on data from UK police forces. They conclude that the use of experience as a form of evidence is crucial to EBP because it plays a critical role in weaving together the various types of knowledge brought to bear on decisions.

Our final article A new epistemology of evidence-based policy by Philip Sayer offers an incisive and forensic analysis of the basic assumptions underpinning EBP which it argues are flawed in a number of ways. His premise is that critiques to date of EBP have been limited by imprecise accounts of its assumptions such as positivism. Drawing on an existing epistemological framework, which Sayer brings to bear on his analysis, he proposes a new approach to EBP focusing on the principle of avoiding error rather than seeking truth. Importantly, he concludes that EBP might rest on firmer foundations if framed as an important quality check on evidence claims, rather than the basis for decisions on which types of evidence should be produced and taken into account.

I hope you have enjoyed reading these articles. Look out for our next virtual issue publishing in May!

All of the articles featured in this blog are listed below and are free to download from Monday 6 April until Monday 13 April 2020:

Rethinking the role of experts and expertise in behavioural public policy

The expertise of politicians and their role in epistemic communities

The lessons of policy learning: types, triggers, hindrances and pathologies