Read our new free virtual collection on Public Participation while you’re at ECPR 2018. All the articles are free to download from 20 August – 20 September 2018.

Whatever your view on public participation, our new virtual collection brings you our most recent research on the topic from a range of different perspectives, all of which aim to enhance our understanding of its importance. Opening the collection is one of our most innovative articles that seeks to address the gap between evidence and policy on how population health outcomes are determined by health discourses. To explore understandings of the cause of ill health in two deindustrialised areas of Scotland, interviews with participants produced vivid articulations of the links between politics, policies, deindustrialisation, damage to community fabric and impacts on health, hence the title: Working-class discourses of politics, policy and health: ‘I don’t smoke; I don’t drink. The only thing wrong with me is my health’.

END_OF_DOCUMENT_TOKEN_TO_BE_REPLACED

In our recent Policy & Politics article on Customer Engagement in UK water regulation, we argue that the idea of consumer representation in UK utility regulation is, of course, not particularly new. The ‘old’ age of publicly owned utilities was characterised by a range of consumer representative bodies. While some managed to survive into the age of privatisation, the key emphasis has been on relying on regulatory bodies themselves to play a consumer representation function since the 2000s. But since the late noughties, putting the consumer at the heart of regulation has become a central theme in UK utility regulation and water regulators in the UK have recently experimented with different mechanisms of customer engagement. END_OF_DOCUMENT_TOKEN_TO_BE_REPLACED

One of the remarkable features of public policy debates generally is their predictable shape.

A recurrent example in the Australian context is municipal amalgamation. In one corner stands state government, arguing that amalgamation will result in the greatest happiness for the greatest number, with this “happiness” measured in financial savings. In the other corner stand a collection of voices—in particular local government itself—vehemently opposed to amalgamation.

The reasons for this opposition are varied but by far the most heart-felt argument is one that insists that extant communities have the right to be left alone. This rights-based argument might have several components—that democratic representation will diminish, for example—alongside claims about particular communities being incompatible with others with which amalgamation is proposed. END_OF_DOCUMENT_TOKEN_TO_BE_REPLACED

That is the conclusion of the Political Studies Association’s Research Commission to examine the role of ‘informal governance’ on devolution to England’s cities. The Commission is chaired by Dr Sarah Ayres (University of Bristol), Board Member of the Regional Studies Association and Co-editor of Policy & Politics and has involved the following Commissioners – Paul Buddery (Royal Society for the encouragement of Arts, Manufactures and Commerce), Dr Jo Casebourne (Institute for Government), Tessa Coombes (University of Bristol), Ed Cox (Institute for Public Policy Research) and Mark Sandford (House of Commons Library).

The Commission is launching its report at a round table event at the Institute for Government on 3rd March 2016. The report offers some reflections on the process of decision making around the devolution deals to date. It draws on the shared learning and experiences of key actors involved to identify elements that have worked well and also potential areas for improvement. It concludes that the devolution agenda offers a real opportunity to empower local areas, boost economic productivity and improve public services. Yet, there is a danger that the initiative will falter in the absence of greater clarity around process and enhanced local ownership of decision making. END_OF_DOCUMENT_TOKEN_TO_BE_REPLACED 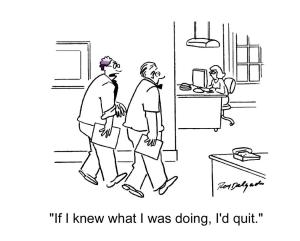 Cécile Hatier from the University of Wolverhampton gives us an overview of her latest article, which discusses when it’s appropriate to resign from office…

Politicians are constantly vilified for their lack of moral principles, and rightly so, given the outrageous actions of some! We get frustrated because they turn back on their promises the minute they get into office, and are driven by political expediency, if not selfish considerations, instead of the public interest. I won’t even start listing examples, the press rages about two or three cases a day in the UK. It is no surprise then that when END_OF_DOCUMENT_TOKEN_TO_BE_REPLACED