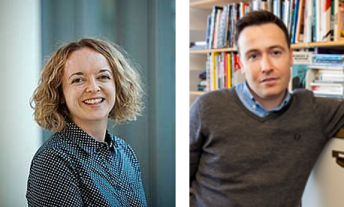 This blog post is based on the authors’ article, Evidence translation: an exploration of policy makers’ use of evidence, which won the 2016 prize for the best article in Policy & Politics and is free to access until 15 June 2017.

The role of evidence in policy making, and whether evidence-based policy can ever be a reality, has attracted much debate, both inside and outside academia. In our article on what we refer to as ‘evidence translation’, we try to grapple with these issues. Our academic interest in this area stemmed from research we had conducted separately on similar themes (the role of evidence in policy making), but from different traditions and persuasions. Ingold had focused on ideas relating to ‘policy transfer’ in welfare to work, comparing Denmark with the UK. By contrast, Monaghan had concentrated efforts on understanding the standing of evidence in policy debates often seen, by critics, to be evidence free – in this case the area of UK drug policy. Our substantive areas were not a hindrance to our partnership. Instead, we were very much enthralled by some commentaries in the journal Policy & Politics (and elsewhere) that suggested that both evidence-based policy and policy transfer were fundamentally concerned with the same process, but were literatures that had emerged separately. It was, we felt, a hypothesis worth exploring, but more than that we quickly arrived at the conclusion that there was much to be learned by each literature from the other. END_OF_DOCUMENT_TOKEN_TO_BE_REPLACED

It remains the priority of policy makers to show that they have put in place well designed policies that have demonstrable effect, in order to give a good account of their time in office. Whilst many depictions of the policy process focus on something that is driven from the ‘top down’, implementation scholars have over several decades provided particular understanding of the ‘bottom-up’, looking more qualitatively at organisational responses to policy initiatives. Through developments in New Public Management to current research on policy design, studies have moved away from the dichotomous ‘top-down’ versus ‘bottom-up’ and yet the problem of how to understand policy implementation endures.

At the same time, the current drive for ‘evidence-based policy’ is premised on the belief that if policies can be designed on the best evidence, it is more likely that they will be implemented with measurable effect in terms of desired outcomes. Policy makers believe both in the positive effects of evidence behind the policy and the translation of that evidence-based policy into practice. In the UK health END_OF_DOCUMENT_TOKEN_TO_BE_REPLACED

Katherine Smith has been awarded the Bleddyn Davies Early Career Prize for Policy & Politics in 2013. Her winning article is ‘Institutional filters: the translation and re-circulation of ideas about health inequalities within policy’.

Working as part of the University of Edinburgh’s Global Public Health Unit, Dr Smith has expertise in the fields of policy construction and knowledge transfer in the field of healthcare; and this article exemplifies the salient and policy-relevant research in which she is engaged.  In this article, Dr Smith seeks to account for the varying extent which research has informed policy-making in the field of health, despite the ostensible commitment to evidence-based policy-making by successive administrations across the United Kingdom.  END_OF_DOCUMENT_TOKEN_TO_BE_REPLACED

Jo Ingold and Mark Monaghan from the University of Leeds discuss their forthcoming article ‘Evidence translation: an exploration of policymakers’ use of evidence’, available via fast track from Policy & Politics.

Given the UK Coalition government’s apparent ‘misuse’ of statistics in a range of policy areas, questions are often raised about the use of evidence in policymaking. Our key concern in this article is how evidence, ideas and knowledge are used (or not) in the policy process, drawing on a series of focus groups with 75 analysts and policy advisers in the Department for Work and Pensions (DWP). The DWP seemed a good place to explore this issue – under New Labour it saw a huge increase in the number of evaluations and is currently the home of ‘flagship’ government policies such as Universal Credit and the Work Programme. END_OF_DOCUMENT_TOKEN_TO_BE_REPLACED