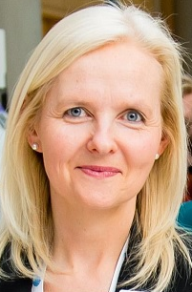 In celebration of this year’s APPAM research conference theme on diverse perspectives on issues and evidence, we bring you our latest research on that topic. To read the original research, download the articles below which are free to access until 31st January 2020. Happy reading!

Firstly, an impactful article from Philip Sayer entitled A new epistemology of evidence-based policy proposes a new understanding of the topic. It draws on analytic philosophy, which has long made attempts to pursue epistemic or truth-directed goals as the basis of good decision-making practice. However, Sayer finds that this literature substantially problematises the supposed link between good evidence and good policy. This does not lead him to conclude against the use of evidence in policy per se, but to call for renewed discussion about the relationship between knowledge-based and value-based dimensions of decision-making. He concludes powerfully: “At a time when public mistrust of experts is widespread and concerns over ‘fake news’ abound, it is crucial that we find ways to connect our best empirical research with discussions and explorations of value claims. I argue that this requires a more contingent and less fundamental role for knowledge of ‘what works’ than supporters of evidence-based policy are typically willing to allow”.

Our second article, by Richard French, entitled Is it time to give up on evidence-based policy? Four answers deconstructs the main suppositions inherent in evidence-based policy literature through a systematic analysis of nearly 400 publications, identifying four contrasting perspectives which are largely incompatible with each other. From the results of his analysis, he makes three important arguments: (i) the idea that policy can benefit significantly from much greater use of research seems to be an idea that sells itself to the scientifically trained, who grossly overestimate the level of analytical rationality in the world of practice (ii) that scholars need to develop a realistic grasp of the task environment of ministers and senior officials which goes beyond the latter’s ritual lament about the inexplicable failure of the former to attend to research and expertise (iii) that the startling variety of prescriptions from the various schools of thought researching evidence-based policy warrants consensus building as opposed to the current intractably opposed positions. Then, and only then, will the real value of evidence-based policy become accessible.

Finally, Jenny Fleming and Rod Rhodes in their article entitled Can experience be evidence expose some of the normative assumptions characteristic of evidence-based policy, for example that government policy is built on evidence of what works. They argue that policies are evaluated to recover evidence of what does and does not work, and no-one denies that the more you know, the better. But by deconstructing what is meant by ‘evidence’ and ‘knowledge’, they build a robust case for experience. Using a case study focussing on the work of police officers, they show how experience can be used to help construct facts and explanations and contribute to the evidence they will use to inform decisions which are often made in charged organisational and political contexts, where the scientific data available will always be incomplete, uncertain and ambiguous. In conclusion, they argue that, although evidence-based knowledge is part of the picture, it is not by itself enough. Other types of knowledge are also needed, such as craft-based knowledge, political knowledge and research based knowledge, woven together.