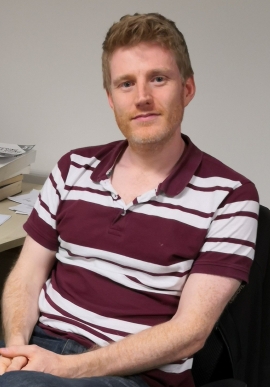 ‘Evidence-based policy’ and ‘what works’ are phrases that have become increasingly embedded in debate surrounding good policy-making over the last 20 years. This period has seen no shortage of critiques of these terms and the ways in which they have been employed, but relatively few attempts to articulate the precise foundations of knowledge on which they rest. Yet there are many interesting and important questions that might be asked. How exactly are stronger forms of evidence to be separated from weaker forms? What foundational assumptions lie behind the frequent endorsement of experimental methods? Or, most fundamentally, what precisely is the nature of the proposed link between good evidence and good policy?

This last question has, I think, sometimes been overlooked because we take it for granted that better evidence will lead to better decision-making. But perhaps there is merit in looking more closely at what this claim entails. If good evidence is cashed out in terms of the epistemic (truth-directed) properties of particular research methods, then does excellence in this respect necessarily result in improved policy-making? Should it be expected to always do so, or just under certain circumstances? To what degree can this knowledge-based component of decision-making be separated from questions of value that are required to evaluate policy outcomes?

Framed like this, the relationship between good evidence and good policy begins to look much more contingent and indirect. In my recent Policy & Politics article entitled ‘A new epistemology of evidence-based policy’, I explore how literature in analytic philosophy might begin to be brought to bear on these topics. There may be much to learn from past attempts to establish epistemic goals as the basis of good decision-making practice.

Although my claim is that analysis of this literature substantially problematises the supposed link between good evidence and good policy, it is important to make clear that this is not an argument against the use of evidence in policy per se. Rather, it is a call for renewed discussion about the relationship between knowledge-based and value-based dimensions of decision-making. This is a goal that I hope holds appeal for both supporters and critics of evidence-based policy discourse.

My article therefore adds to calls for a policy discourse and decision-making infrastructure that more accurately reflects the sociological and political dimensions of public decision-making today. At a time when public mistrust of experts is widespread and concerns over ‘fake news’ abound, it is crucial that we find ways to connect our best empirical research with discussions and explorations of value claims. I argue that this requires a more circumspect and less fundamental role for knowledge of ‘what works’ than supporters of evidence-based policy are typically willing to allow.