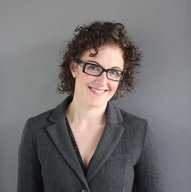 Adam Standring (Faculty of Social and Human Sciences in the New University of Lisbon, Portugal, FCSH-UNL)

It’s March 2011 and Portugal makes one of its infrequent visits to the pages of the international media.  Rising borrowing rates and pressure from the international financial markets, combined with an increasingly unpopular ruling party, make it increasingly likely that Portugal will become the next of the ‘profligate PIIGS’ to succumb to the contagion of the Eurozone Sovereign debt crisis.  Within four months the Troika will be called in and the country will embark on a harsh ‘Economic Adjustment Programme’ – economics-speak for the raft of austerity measures and structural reforms on which bailout packages are conditioned. END_OF_DOCUMENT_TOKEN_TO_BE_REPLACED

The focus of British politics is notoriously cyclical. As general elections approach certain issues rise up the political agenda and are used by politicians of all colours to demonstrate their reforming credentials. One of these ideas is the ‘bonfire of the quangos’, a phrase used by politicians to criticise their opponents’ waste, bureaucracy and incompetence and demonstrate their own determination to create a more streamlined, efficient and ultimately better state. The term quango captures a range of different bodies that exist at arm’s-length from the state which, amongst other END_OF_DOCUMENT_TOKEN_TO_BE_REPLACED