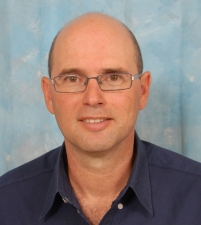 Recently, we have witnessed deliberate constructions of migration crises, for example, by Victor Orbán, in Hungary in the period 2015–2018, and by Donald Trump, in the run-up to the U.S. 2018 midterm elections. In both cases, Orbán and Trump skillfully exploited the challenges that the general public sometimes faces in determining when a crisis begins and when a crisis is over. Furthermore, both leaders were willing to see certain threats, or at the very least the perception that there is a threat, ramped up in order to advance their political goals. They were able to step up existential warnings while taking advantage of the opportunities that arose as they determined the starting point and other temporal elements of the immigration crises they manufactured.

In my recent article in Policy & Politics, I analyse the strategies that President Trump employed as the so-called “caravan” of migrants from Central America was heading towards the U.S.-Mexico border, in the run-up to the U.S. 2018 midterm elections. This event was a classic example of a manufactured crisis because it occurred against the backdrop of the lowest illegal immigration level in a decade, recorded in the mid-2010s, as well as a net outflow of undocumented Mexicans back to Mexico. Indeed, President Trump had no evidence to support his claims that the caravan of asylum seekers posed a threat to the nation and that the travellers included criminals and Middle Eastern terrorists. Indeed, he stopped talking about it immediately after the midterm elections, before returning to it again a few weeks later.

My article makes three distinct contributions. First, it highlights the potential advantages offered by marrying the concept of crisis to the ideas of policy overreaction and policy style. If manufactured crises determine the range and type of policy alternatives, then a crisis overreaction policy style—a long-term preference for governing styles that structure instrument choices and design decisions in predictable fashions during (manufactured) crises—is a relevant analytical extension of the construct of policy style. Second, the article emphasises that crisis overreaction policy style has become a tool that can be used to win an election, and, in “states of exception,ˮ or when crises are the “new normal,” a common mode of governing. Third, the article highlights that the decision to opt for one overreaction style or another, or for a mix thereof, can be viewed as a risky policy investment, which, if successful, may confer tangible benefits in the form of decision making autonomy, deference, and prestige. To paraphrase Thomas’ well-known conceptualisation of the “definition of the situation,” once voters define a manufactured crisis as real, it has real consequences. Manufactured crises can therefore be governed via ordinary instruments and resources. However, pushing them to their limits, what I refer to here as “absolute” uses, raises exciting research questions regarding how long this strategy can work and what implications it will have for the future.

The Effects of Economic Crises on Participatory Democracy

Can the governance paradigm survive the rise of populism?

The Use and Abuse of Participatory Governance by Populist Governments