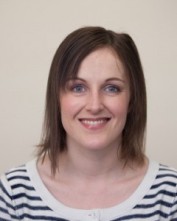 “Politics in Interesting Times”.  Has ever a conference title been so apt, or provided such a unifying theme?  This year’s PSA Conference, held at the University of Strathclyde in Glasgow, was host to a record number of delegates, who had travelled from 75 countries to reflect on the interesting times that we inhabit.  Brexit, Scottish independence, forthcoming elections in Italy and France, the election of Trump, the decline of traditional parties, the rise of populism, new forms of representation and participation.  All of these issues – and many, many more – were discussed, debated and often contested within the conference’s ten panel sessions. END_OF_DOCUMENT_TOKEN_TO_BE_REPLACED

This post was originally published on The Conversation on 9 November 2016. The original post is available at: https://theconversation.com/five-things-that-explain-donald-trumps-stunning-presidential-election-victory-66891.

A populist wave that began with Brexit in June reached the United States in stunning fashion on Tuesday night. In one of the biggest upsets in American political history, Donald Trump won a truly historic victory in the U.S. presidential election.

Trump’s remarkably decisive win stunned most political pundits, myself included. Throughout the campaign, Trump seemed to have a polling ceiling of about 44 percent and he consistently had the highest unfavorability rating of any major party nominee in history. Accordingly, months ago I predicted that Clinton would easily beat Trump.

Then, at the beginning of October, the uproar over Trump’s lewd and offensive remarks on the “Access Hollywood” videotape, combined with the escalating number of women who accused Trump of sexual assault, seemed to finish off his campaign. Right up until Tuesday afternoon, therefore, a comfortable victory for Clinton seemed like a foregone conclusion.

But I was dead wrong. Trump won a sweeping victory in the presidential race. His night began with critical victories in Florida, North Carolina and Ohio, three states essential to his path to 270 electoral votes. As the night wore on, Clinton’s “blue wall” collapsed amid a red tide that swept across the country from the Atlantic coast to the Rocky Mountains. The blue states of Pennsylvania, Michigan, Wisconsin and Iowa fell to Trump like dominoes. The election returns made clear that Trump would carry over 300 electoral votes, more than enough to win the presidency.

It’s extremely early to draw conclusions about the 2016 election results, but here are five factors that at least partially explain what happened. END_OF_DOCUMENT_TOKEN_TO_BE_REPLACED

There is something very odd and bizarrely impressive about Donald Trump’s approach to democratic politics: it is quite obviously undemocratic. Indeed, if anything, his campaign is fueled by anti-political sentiment and populist slogans. It’s strong stuff. So strong that it deserves to be recognized in the form of a new political ideology: “Trump-ism” Eponymous…and yet also synonymous with the failure and farce of American politics. I’ve tried so hard not to write a piece about “you know who” Trump. I really have! It’s just too obvious and to some extent just too easy but as his apparent popularity in the United States grows so does my concern about who might actually hold the most powerful political office on the planet.

I don’t care what party Mr Trump belongs to, I know that politics is a worldly art, but it strikes me that Donald is not democratic. END_OF_DOCUMENT_TOKEN_TO_BE_REPLACED