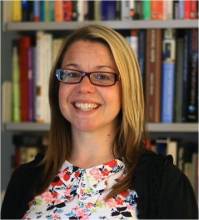 Social security systems are being transformed according to untested assumptions about how benefit recipients act. Sharon Wright provides evidence to challenge several core myths on which British welfare reforms have been based. There is a wide gap between the dominant way in which welfare subjects are represented in political and media debate and the lived experiences of those receiving benefits and using support services.

Over the last 15 years, British welfare reforms have focussed on individualising responsibility and contracting-out services. These strategies share a behaviour change logic that assumes the source of the problem is to be found in the flawed motivations and actions of benefit recipients and their job coaches. Consecutive UK governments have been strongly committed to the idea of ‘getting people off benefits and into work’, despite long periods of minimal unemployment rates and exceptionally high employment rates. END_OF_DOCUMENT_TOKEN_TO_BE_REPLACED

Paul Pierson shaped the terms on which we considered the sources and scale of welfare state change. Would a critical review of Pierson’s claims still endorse them? Our Policy & Politics article entitled How much change? Pierson and the welfare state revisited attempts to answer this question.

First, welfare state resilience: while appropriate, perhaps, to Pierson’s analysis of ‘early’ retrenchers like Reagan in the US, or Swedish Social Democrats in the 1990s, this term no longer reflects the variety and depth of change – especially in social security. Second, globalisation: here Pierson is on more certain ground. On the one hand, there are strong nationally based drivers of change- such as ageing and health care costs. On the other, individual welfare states have quite distinct economies (and institutions) and these filter the influence of globalisation. Welfare states remain specific and diverse and are not flattened into conformity by globalisation. END_OF_DOCUMENT_TOKEN_TO_BE_REPLACED

The Department of Work and Pensions recently released the statistics for those who died after being found “fit for work,” and thus ineligible for disability benefits in the U.K. The Guardian reports that nearly 90 people a month are dying after being found fit for work. Caution is due, however, before interpreting the outcome of the assessment process as the cause of these deaths. Yet, the emergence of these figures and their wide reporting in the press shed light on how the public is coming to perceive the country’s recent experiment with disability benefit cuts. The growing attention to this issue could lead to increasing support for disability benefit recipients, which, as reported in my P&P article on the topic and shown below, has been in decline for many years. If so, now may prove an opportune time for political entrepreneurs END_OF_DOCUMENT_TOKEN_TO_BE_REPLACED

Craig Berry is Deputy Director of the Sheffield Political Economy Research Institute at the University of Sheffield. His latest article ‘Citizenship in a financialised society: financial inclusion and the state before and after the crash’ is available on fast track.

While the New Labour-ish language of ‘financial inclusion’ and ‘asset-based welfare’ has been quietly eschewed, since 2010 the Conservative Party has continued its predecessor’s agenda around promoting more extensive and intensive participation in the financial system, through asset ownership, in order to enable individuals to play an enhanced role in ensuring their own long term financial security.

This agenda is, understandably, usually assessed in terms of the impact on financial well-being. Yet its implications for the meaning and practice of citizenship may be just as significant END_OF_DOCUMENT_TOKEN_TO_BE_REPLACED

Chair of the Policy & Politics Board Alex Marsh reviews the implications of the proposal to cut housing association rents by 1% each year for the next four years, announced as part of the recent government summer budget. This post was originally published on the Policy Press blog.

George Osborne’s recent “emergency” budget proposed many changes to state support to lower income households in a bid to fulfil the Conservatives’ manifesto pledge to cut £12bn from welfare spending.

One unexpected aspect of this package was the proposal to cut housing association rents by 1% each year for the next four years.

This proposal was justified with reference to social housing rent rises over the last few years. These have pushed up the already substantial housing benefit bill. Households have needed greater state assistance in order to afford the rents being set. Bearing down on rents over the next few years will, it is claimed, both reduce the housing benefit bill and force social landlords to deliver efficiency gains. END_OF_DOCUMENT_TOKEN_TO_BE_REPLACED

Elke Heins is a Lecturer in Social Policy, University of Edinburgh.

After the success of In Defence of Welfare: The Impacts of the Spending Review published in 2011, the UK Social Policy Association (SPA) has produced a follow-up volume in the run-up to the General Election 2015 to make the case for why we need the welfare state. Around 50 UK social policy experts give their verdict on key developments in British social policy over the past five austerity-dominated years. In one of these short contributions to In Defence of Welfare 2 I argue together with Chris Deeming that welfare and well-being are inextricably linked.

Well-being is a concept that has gained significant momentum since the global economic crisis both internationally and within the UK as the measurement efforts by diverse actors, ranging from the OECD and EU to various government and non-government bodies, to replace the one-dimensional GDP with multi-dimensional well-being indicators demonstrate. Measuring individual and societal END_OF_DOCUMENT_TOKEN_TO_BE_REPLACED

You know you’re in for a bit of a treat when Danny Dorling begins by saying he’s written something that is not in the standard journal style; and so it turns out in his paper ‘Policy, politics, health and housing in the UK’.  His wide ranging analysis connects recent developments in UK housing policy with a variety of current and possible public health impacts and offers some thoughts on the political motivations of those responsible for these developments.  As usual he offers a fine example of engaged scholarship that avoids the piety, academic sniping and wilful opacity that characterises some work in this field.

In a nutshell, since the end of the last millennium we have seen a pronounced rise in private landlordism so that one quarter of all families with children in Britain now live in a home owned by a private landlord, mainly because of transfers of housing from the public sector and the emergence of a tax and welfare regime that underwrites many of the costs of private landlordism.  Dorling acknowledges that this policy direction END_OF_DOCUMENT_TOKEN_TO_BE_REPLACED

Craig Berry discusses his article ‘Citizenship in a financialised society: financial inclusion and the state before and after the crash’. Craig is Deputy Director of the Sheffield Political Economy Research Institute at the University of Sheffield.

All recent governments in the UK have pursued ‘financial inclusion’ at the individual level, as part of the broader agenda around ‘asset-based welfare’, that is, efforts to enable individuals to play an enhanced role in ensuring their own long term financial security through asset ownership.

Financial inclusion ostensibly refers to the ability of individuals to participate in the financial system. At the most basic level, it means access to banking services. Often, the benefits of financial inclusion have been articulated in terms of enabling and incentivising individuals to save. Invariably, however, the aim is to ensure individuals are able to access credit (the economic opposite END_OF_DOCUMENT_TOKEN_TO_BE_REPLACED

by Birgit Pfau-Effinger, Professor of Sociology and Research Director of the Centre for Globalisation and Governance, University of Hamburg, and Professor for Comparative Welfare State Research, Dept. of Political Science and Public Administration, University of Southern Denmark

In the ‘housewife marriage’––the dominant form of the family in most mid-20th century European societies––senior care was mainly organised as unpaid work in the private family household, and was the wife’s duty. Since the 1990s most welfare states have strengthened the attendant social rights and infrastructure to the advantage of senior citizen care provision. As a consequence of this welfare state change, informal, unpaid work in the private sphere of the family has, in part, been transformed into formal, paid care work in the formal employment system outside the family. Several studies have analysed this change in a cross-national perspective (see Pavolini & Ranci, 2008).

It is often overlooked that many welfare states have also extended caring family members’ social rights and support (Ungerson, 2004). They have also introduced new hybrid forms of care work in family care that share some of the main features END_OF_DOCUMENT_TOKEN_TO_BE_REPLACED

In 2013, the University of Southern Denmark hired me together with a young Romanian colleague. While I was able to join straight away, she had to delay her arrival and extend her contract in Germany for an extra two months. Otherwise, she would have partly lost the entitlements accruing from her previous university’s pension scheme. This is because the minimum period to acquire occupational pension rights in Germany is five years. Hence, her right to the free movement of workers, guaranteed by the EU since 1958, was infringed.

The main problem lies with the coordination of social security rights across the EU. Even though the Coordination Regulations are the most advanced system worldwide that guarantees the portability of social security benefits for migrants, they cover statutory pension schemes only. By excluding supplementary, occupational pensions, they leave a regulatory gap in the protection of migrant workers under EU law. After decades of inertia, this suddenly changed in 2014 with the Supplementary Pension Rights Directive. END_OF_DOCUMENT_TOKEN_TO_BE_REPLACED