In this video, Dr Tiffany Manuel (or Dr T as she prefers to be called) provides an excellent challenge to public policy researchers to think about the ways in which intersectionality needs to be woven into their research, that is not just driven by members of minority groups. In her talk, Dr T refers to her paper: How Does One Live the Good Life?: Assessing the State of Intersectionality in Public Policy: https://link.springer.com/chapter/10….

This video is part of a new feature on the Policy and Politics blog which aims to spotlight interpretive approaches to the study of policy and politics. This spotlight series hopes to encourage a greater range of scholarship. END_OF_DOCUMENT_TOKEN_TO_BE_REPLACED 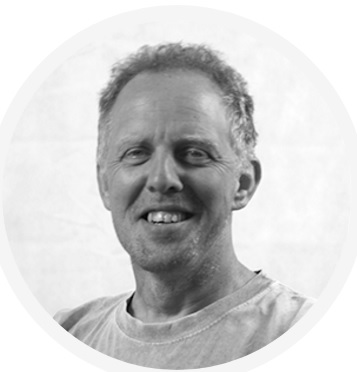 The geography of much superdiversity research reflects what can be described as a new way of mapping familiar spaces. Why new? Why familiar?  Many analyses of diversity often restrict their analytical focus to gritty and inner-city areas already recognised as diverse according to established categories based on race and ethnicity. Using data from the EU-funded Concordia Discors project, my recent Policy & Politics article argues that an understanding of superdiversity, which is informed by attention to the broader context of unequal power relations and resource allocations in the post-industrial city (Soja 2010), can lead to a more nuanced understanding of socio-cultural dynamics at neighbourhood level.

While fieldwork was carried out in five cities (Pastore and Ponzo 2016), this discussion is based on data from six neighbourhoods in Barcelona, London and Turin. In keeping with the broader thematic focus of the project – inter-group relations at neighbourhood level – our comparative analysis focuses on the emergence of so called ‘backlash’ narratives, in other words accounts of negative, local responses to aspects of urban development or immigration trends. It is a framing that allows for a targeting of themes that are considered relevant in the local context, thus enabling an understanding of the city as a generative space rather than a mere canvas (Walter and Uttermark 2016). This also marks a departure from pre-defined categories based on migrant status, ethnicity, religion, or class.

The six neighbourhoods represent post-industrial urban dynamics in ways that demonstrate considerable variation, both within and between cities. There was in Camberwell (London), Borgo San Paolo(Turin) and the two Barcelona neighbourhoods a sense of the local area evolving at par with the city – albeit in very different ways. As a distinct ‘majority minority neighbourhood’ most impacted by long-term and continuous processes of arrival and settlement, conventional ideas of majority and minority populations had been done away with in Camberwell, resulting in a super-diverse neighbourhood without a dominant narrative of community. In both Borgo San Paolo and, in particular, Poble Sec (Barcelona), international migration was a more recent experience, generally absorbed without triggering any significant backlash responses from the settled populations – despite a very rapid increase in the immigrant population in Poble Sec in the 2000s, with the immigrant proportion of the population increasing four-fold.

Backlash narratives relating to perceptions of marginalisation were prevalent in both Bermondsey (London) and Barreira di Milano (Turin). Here, post-industrialism was associated with experiences of loss and stagnation, resulting in a strong sense of disadvantage in relation to other parts of the city. Furthermore, in Bermondsey the re-development of former docklands into expensive housing units, inaccessible to the local population, served as a poignant reminder of how the planks underpinning livelihoods in industrial Bermondsey now signpost a highly classed housing landscape.

The two Turin neighbourhoods shared an industrial heritage as well as memories of internal migration from Southern Italy, but the dynamics of post-industrial urban developments have impacted the two neighbourhoods differently, as expressed in prevalent backlash narratives. While former migrants in Borgo San Paolo identified similarities between their own migrant experience and that of more recently arrived international migrants, inhabitants in the more deprived Barreira di Milano neighbourhood were much more apprehensive, at times hostile, towards newcomers.

In summary, this blog has provided examples of the relevance of applying a multi-scalar perspective to the analysis of neighbourhood level diversity. By considering how broader urban dynamics inform the development of local backlash narratives, the analysis has argued for a widening of the geographical scope of superdiversity research.

Making the most of super-diversity. Notes on the potential of a new approach

Urban planning and the challenge of super-diversity

Integrating superdiversity in urban governance: the case of inner-city Lisbon

Studies in psychology often refer to their samples as being WEIRD –Western, Educated, Industrialized, Rich, and Democratic. It should come as no surprise that most social psychology results rely on research that is tested on a narrow and in many ways privileged sample of society, given that most participants in behavioral studies are undergraduates at Western universities. What is more intriguing, and less obvious, is the fact that there seems to be an opposite, specular trend in the field of public and social policy. We—political scientists, sociologists, anthropologist, legal scholars—tend, by and large, to focus on subjects only insofar as they appear to be marginalized, racialized, or vulnerable: in short, only when they are seen as a ‘problem’.

The burgeoning, rich scholarship on migration and integration that has developed over the last years is no exception. The surge in research on (and research funding available for) minority integration, social cohesion and European identity is highly dependent upon migration being understood as a ‘problem’ to be managed, on ‘identity’ being seen as under threat, and on there being a clear-cut distinction between who belongs to a minority and who doesn’t, who migrants are and who they are not.

In my recent Policy & Politics article on the multilevel governance of superdiversity in Europe, as part of the journal’s superdiversity Special Issue, my aim is to problematize the relationship between identity and difference, and to suggest ways in which superdiversity can be employed as a useful tool to deconstruct what is usually left unstudied (because it is perceived as unproblematic): the so-called ‘mainstream’ or ‘majority’. END_OF_DOCUMENT_TOKEN_TO_BE_REPLACED