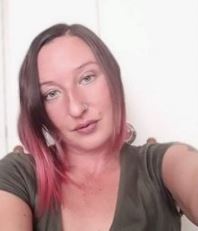 My recent article in Policy & Politics, The politics of intersectional practice: Competing concepts of intersectionality, shares findings from the first empirical study internationally to explore how both practitioners and policymakers themselves understand how to operationalise ‘intersectionality’. I found that there are five contradictory uses of ‘intersectionality’, some of which further equality for intersectionally marginalised communities, while others actually deepen inequalities (Table 1). In this post I share key recommendations arising for both policy and ‘practice’ (the work of third sector practitioners – delivering services, community development and policy advocacy). These findings also hold relevance for public sector practitioners and grassroots organisations.

While race, class, gender and gender identity, disability status, ethnicity, sexual orientation, nationality, migration status, and faith continue to be important markers of inequality, and often increasingly so, they have predominantly been addressed separately. The idea of ‘intersectionality’ is to focus on the ways that they operate simultaneously and shape one another. Intersectionality names Black women’s theory and activism concerning experiences of gendered racism and racialised sexism. This theory has long been articulated by Black women not only in the US where the term emerged, but also in the UK. Intersectionality is the understanding that inequalities are interdependent and indivisible from one another: ‘race, class, gender, sexuality, ethnicity, nation, ability, and age operate not as unitary, mutually exclusive entities, but rather as reciprocally constructing phenomena’.

Kimberlé Crenshaw used the term ‘intersectionality’ to describe the ways that Black women’s experiences and identities are marginalised by tendencies to treat race and gender as mutually exclusive categories in antidiscrimination law, feminism, and antiracist movements, with all focusing on the most powerful/privileged members of groups (e.g. white women) and taking them as representatives of the group as a whole.

This failure to consider intersectionality is still widespread in the UK. For example, interventions concerning domestic abuse have tended to focus on heterosexual relationships among cisgender people, so members of the lesbian, gay, bisexual, trans, queer and intersex (LGBTQI)+ community have been largely excluded from efforts to mitigate the issue and to provide services to those affected.

Since little progress has been made with the separate single issue approach (targeting only one inequality such as gender or race) in terms of achieving equality for the most marginalised, there is growing recognition that pursuing social justice requires policy makers and organisations to engage with intersectionality. Yet while interest in it grows, intersectionality is widely thought to be a challenging theory to apply, and it represents a puzzle to policy makers and practitioners who work in both issue area and ‘equality strand’ silos (of e.g. race, gender, and disability). In the UK, intersectionality has been steadily growing in popularity, partly owing to the Equality Act 2010, which brought together anti-discrimination legislation on separate issues, and raised awareness of multiple inequalities. Yet, the meanings of intersectionality and the ways that it is used are a subject of debate: for example, it is often emptied of its attention to race , and social justice. The use of ‘intersectionality’ to describe intersections other than race/gender is not uncontroversial. 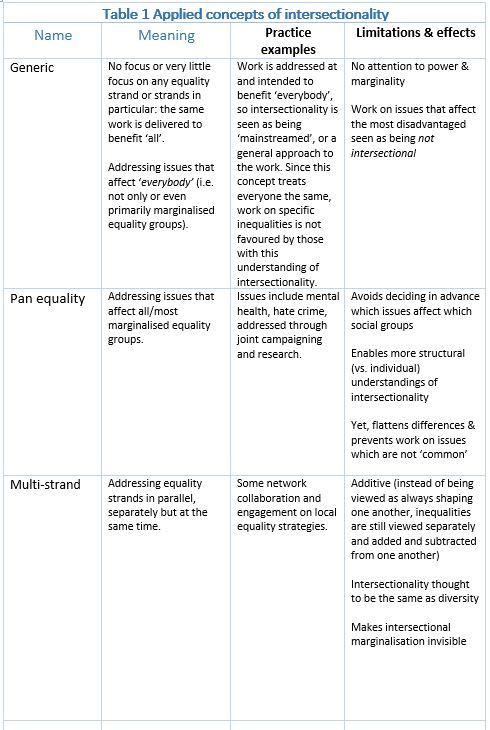 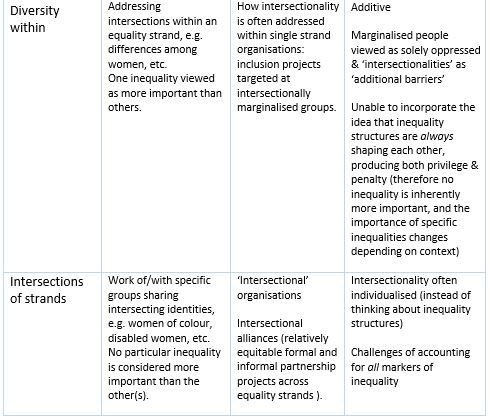 Recommendations to policymakers and funders

I am a Research Fellow at the University of Edinburgh, and former practitioner in the equality third sector. Find out more about my research here and here @DrAshlee_C.